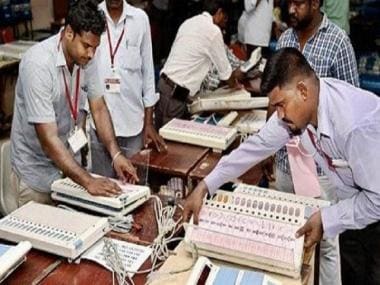 Assembly Election 2021 LIVE Updates: Nandigram witnessed a direct contest on Thursday between the TMC supremo and her former colleague Suvendu Adhikari, who had joined the BJP in December last year

Assembly Election 2021 LATEST Updates: Nandigram witnessed a direct contest on Thursday between the TMC supremo and her former colleague Suvendu Adhikari, who had joined the BJP in December last year.

Exuding confidence that West Bengal chief minister Mamata Banerjee will lose from the Nandigram constituency, Amit Shah on Friday accused her of running the government on the 3T model of ‘Tolabaji’ (extortion), ‘Tanashahi’ (dictatorship) and ‘Tushtikaran’ (appeasement).

Identifying cross-border infiltration as the biggest problem of the North Bengal region, which he claimed faced injustice at the hands of the Trinamool Congress government, Shah said that the menace will be stopped after the BJP is voted to power in the state.

Shah, who was on a whirlwind tour of the state from the North to South Bengal addressing two rallies and taking part in two roadshows, said that the saffron party would win 50 of the 60 seats that have gone to polls till now in this election.

Reaching out to two major communities of north Bengal, Shah said that Nepali and Rajbasnhi languages will be made associate languages of the state.

“Didi has lost Nandigram. The scenes that you witnessed yesterday tell us that she is losing. By 2 pm on 2 May (when votes will be counted), Didi will be out of power in Bengal,” Shah said while addressing a rally at Sitalkuchi in North Bengal, close to the India-Bangladesh border.

His comments came at the backdrop of the TMC supremo camping at a booth in Nandigram, where she is locked in a fight with her protege-turned-adversary Suvendu Adhikari, for more than two hours after complaining of vote loot by the BJP.

“I heard that someone told her to contest from a seat in North Bengal, but she declined as she was not confident of winning. After two phases of polling that has covered 60 seats, the BJP is winning 50. We know we will win all the seats in North Bengal,” the BJP leader said.

Under the leadership of Narendra Modi, all problems of the people of North Bengal will be solved, Shah said.

“Shouldn’t infiltration be stopped? Doesn’t it take away the jobs of our youths? Replace Didi; even birds won’t be allowed to enter Bengal, let alone humans. The TMC government can never stop it. Only we can do it,” he said at the rally in Sitalkuchi in Cooch Behar district.

Reaching out to the state’s politically crucial refugees, Shah said that they would be granted citizenship by implementing the Citizenship Amendment Act (CAA).

“Mamata didi has done nothing for the development of North Bengal. After coming to power, the BJP will constitute a North Bengal Development Board and spend Rs 2,000 crore annually on the region’s development,” he said.

He also promised to establish an All India Institute of Medical Sciences (AIIMS), which will cater to the people of not only Cooch Behar district but also of the entire region.

“Prime Minister Modi Ji works towards ‘Jan Kalyan’ (welfare of people). But in Bengal, Mamata didi is busy in ‘Bhatija Kalyan” (welfare of nephew). She is only interested in making her nephew the next chief minister,” he said at a rally at Kalchini in Alipurduar district.

Reaching out to the people of the Darjeeling hills, he said the BJP government will work towards a permanent political solution to the problems of the hills and Terai and Dooars regions.

Referring to the TMC’s ‘Khela Hobe’ slogan, Shah said, “Nobody is scared of your (Mamata’s) Khela Hobe. All the goons will be thrown behind bars after 2 May.”

Once considered a bastion of the Congress and then the TMC, the BJP has made deep inroads in the 2019 Lok Sabha polls by bagging seven of the eight seats in North Bengal.

Later in the evening, Shah took out two roadshows in Arambag and Baruipur in separate districts in
South Bengal.