Office goers were the most affected, despite the government making alternate arrangements by roping in private transport operators 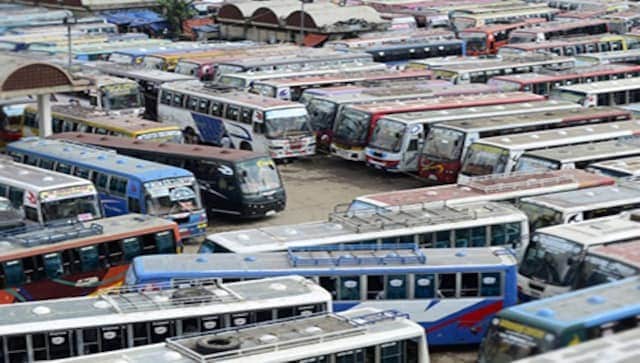 Bengaluru: Bus services were affected in most parts of Karnataka on Wednesday as drivers and conductors of road transport corporations began their indefinite strike on wage-related issues.

Commuters were left stranded at bus stations across the city, with Bangalore Metropolitan Transport Corporation (BMTC) buses remaining off the roads. Similar reports are emerging from various parts of the state. Bus services in several cities, including Bengaluru, were thrown out of gear from Tuesday afternoon itself after drivers and conductors decided not to work the second shift.

Passengers travelling to and from distant areas and office goers were the most affected. Several universities in the state have postponed exams because of the RTC workers’ strike.

The government has tried to make alternate arrangements by roping in private transport operators, and has sought deployment of more trains, aimed at addressing inconvenience caused to the public due to the stir. Private buses, maxi cabs and other transport services were seen operating in different parts of the city, coming to the rescue of stranded passengers.

However, their operators said the number of passengers was not as usual and was scarce. They said many passengers are using their own vehicles or have made arrangements on their own. People were also seen using cabs, metro and auto rickshaws in the city. Metro has decided to increase the frequency of its services between 7 am and 9 pm.

The protest is against the government’s failure to implement a salary under the 6th Pay Commission for the RTC workers. They decided to go ahead with the strike, despite the government warning of strict action and ruling out any negotiations with them.

Although the government made it clear that the implementation of the 6th pay commission for transport workers was not possible, it agreed for an 8 percent increase in salary as an interim relief. However, it said, it cannot be implemented immediately as the model code of conduct is in place and a letter has been sent to the Election Commission seeking permission.

Warning the employees against going on strike during the COVID-19

situation, officials had said “no work no pay”, while indicating about even invoking Essential Services Maintenance Act (ESMA) if the strike continues.

At some places there were complaints about private services including buses, autos and cabs charging exorbitantly, taking advantage of the transport strike. Officials said they are keeping vigil on it and making spot visits to inspect the fare being collected by private operators. According to the transport department, notification fixing cab and bus fares has already been issued and no one can charge over it.