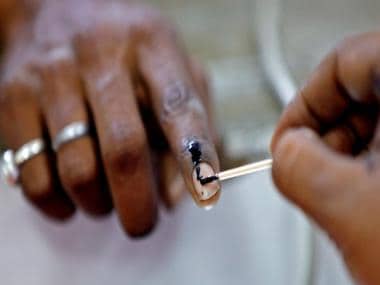 Key candidates contesting in the 2021 Assembly elections from Karunagapally constituency are: R Ramachandran of CPI, CR Mahesh of Congress, Bitty Sudheer of BJP

The election to the state will be held on 6 April and results will be out on 2 May.

Key candidates contesting in the 2021 Assembly elections from Karunagapally constituency are: R Ramachandran of CPI, CR Mahesh of Congress, Bitty Sudheer of BJP

Past election and results

Kollam district witnessed a spectacular red wave in 2016, becoming the only district to have elected a Left Democratic Front candidate in all Assembly segments. The constituency of Karunagapally is no different. It has also consistently elected LDF backed candidates from 1987 onwards. However, for four out of the seven elections conducted since then, the credit goes to Kunjumon for sealing Left’s win.

He won elections from 2001 to 2011 as a Revolutionary Socialist Party candidate and again bagged a fourth term as an Independent in 2016, after he broke away from the RSP following its decision to quit LDF and support UDF alliance. His breakaway faction was recognised as the RSP (L) by the Election Commission, after the conclusion of polls.

Over the past four terms, Kunjumon has consistently improved his tally and the constituency stood with LDF. However, this time around, local media reports said that Kunjumon is facing problems within his own party. The LDF also lost 10 key Panchayat segments to UDF in the recently conducted local body polls in this segment.

Meanwhile, the NDA and UDF have also been trying to capitalise on the anti-incumbency factor and have fielded strong candidates

Elections in Kerala have traditionally been a contest between the UDF and the LDF with power swinging between the two groups.

In the 2019 Lok Sabha election, the Congress-led UDF had won 19 out of the state’s 20 Lok Sabha seats banking on incumbency against the ruling LDF. However, repeating a similar feat in the Assembly polls is going to be an uphill task for the UDF.

The LDF has not only managed to overcome anti-incumbency in the 2020 local body polls, but also managed to make inroads into UDF vote-banks, particularly in Thrissur, Ernakulam, and Kottayam districts.

The NDA, which is emerging as a third front in Kerala, will be hoping to increase its tally in the Assembly polls. However, given that the BJP-led NDA didn’t meet the expectations in the 2020 local body polls despite making gains, its ability to impact either the UDF’s or LDF’s prospects in the Assembly election remains unclear.

In the local body polls, however, the people have shown a clear preference towards the CPM-led Left Democratic Front (LDF). Since 1979, only once, in 2010, has the United Democratic Front (UDF) upset the apple cart.

The Karunagapally constituency has 2,02,775 registered voters ahead of the 2021 elections of which 96,024 are male and 1,06,750 are female. One voter has registered themselves as the third gender.

At least 76.44 percent of registered voters had come out to vote in the Karunagapally Assembly constituency, of which 74.18 percent were male and 78.53 percent were females.

Out of the total Kollam population for 2011 census, 45.05 percent lives in urban regions of district, whereas 54.95 percent of its population lives in rural areas.

The Kerala Assembly/Niyama Sabha polls will be held on 6 April, 2021, along with Tamil Nadu and Puducherry. The day will also see phase three polls in Assam and West Bengal. The counting of votes will be done on 2 May.

The outgoing Assembly has eight female MLAs and rest 132 are male MLAs. The current Kerala Niyamasabha session will expire on 1 June 2021.