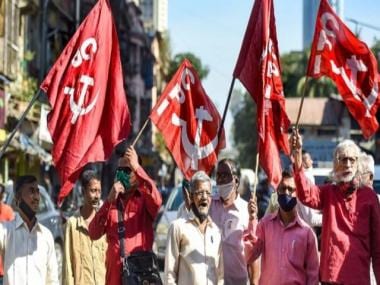 Kollam Assembly Election 2021 | Kollam is an Assembly constituency in the Kollam district of Kerala. It is one of the seven Assembly seats that fall under the Parliamentary constituency of the same name. The election to the state will be held on 6 April and results will be out on 2 May.

Mukesh of the CPM is the sitting MLA of this constituency, while NK Premchandran of the Revolutionary Socialist Party is the current MP from the Lok Sabha seat.

Past election and results

Kollam district witnessed a spectacular red wave in 2016, becoming the only district to have elected a Left Democratic Front candidate in all Assembly segments. However, the constituency of Kollam has been known to favour change rather than voting like a pocket borough of a particular political party.

The constituency has favoured Congress, current UDF ally RSP and the CPM intermittently. However, CPM has managed to win the last three elections consecutively.

CPM’s Mukesh, who is known for his comic roles in television programmes, had swept the 2016 polls with a margin of 17,611 votes, defeating Congress’ Sooraj Ravi. Mukesh was a new entrant in electoral politics and was tasked to defend the seat that CPM veteran PK Gurudasan had captured from UDF in 2006.

Elections in Kerala have traditionally been a contest between the UDF and the LDF with power swinging between the two groups.

In the 2019 Lok Sabha election, the Congress-led UDF had won 19 out of the state’s 20 Lok Sabha seats banking on incumbency against the ruling LDF. However, repeating a similar feat in the Assembly polls is going to be an uphill task for the UDF.

The LDF has not only managed to overcome anti-incumbency in the 2020 local body polls, but also managed to make inroads into UDF vote-banks, particularly in Thrissur, Ernakulam, and Kottayam districts.

The NDA, which is emerging as a third front in Kerala, will be hoping to increase its tally in the Assembly polls. However, given that the BJP-led NDA didn’t meet the expectations in the 2020 local body polls despite making gains, its ability to impact either the UDF’s or LDF’s prospects in the Assembly election remains unclear.

In the local body polls, however, the people have shown a clear preference towards the CPM-led Left Democratic Front (LDF). Since 1979, only once, in 2010, has the United Democratic Front (UDF) upset the apple cart.

The Kollam constituency has 1,72,148 registered voters ahead of the 2021 elections of which 82,5546 are male and 89,132 are female. One voter has registered themselves as the third gender.

Out of the total Kollam population for 2011 census, 45.05 percent lives in urban regions of district, whereas 54.95 percent of its population lives in rural areas.

The Kerala Assembly/Niyama Sabha polls will be held on 6 April, 2021, along with Tamil Nadu and Puducherry. The day will also see phase three polls in Assam and West Bengal.

The outgoing Assembly has eight female MLAs and rest 132 are male MLAs. The current Kerala Niyamasabha session will expire on 1 June 2021.