Eleven states and UTs, including Maharasthra, Punjab, Gujarat and Madhya Pradesh have contributed 90% of cases, 90.5% of deaths in 14 days till 31 March, the Central Government said (edited) 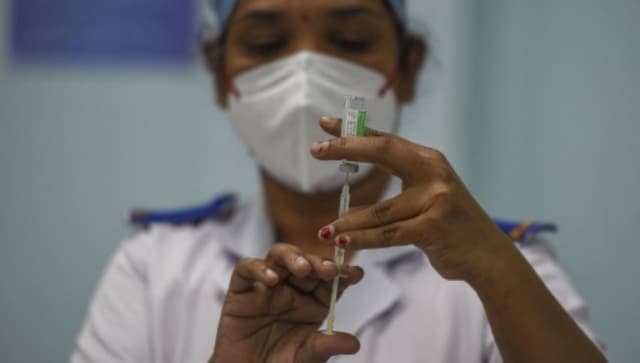 New Delhi: Eleven states and union territories, marked as “states of grave concern” because of their rising daily COVID-19

cases, have not shown a proportionate increase in enforcement of containment activities, the Centre said on Friday.

Chairing a high-level review meeting with chief secretaries, Directors General of Police and health secretaries of all states and UTs, Cabinet Secretary Rajiv Gauba asked these states to take strict action to contain the contagion.

They have contributed 90 percent of COVID cases, 90.5 percent of deaths in 14 days till 31 March, and have crossed or close to crossing their early reported peaks last year, it said.

The use of the Police Act, Disaster Management Act and other legal and administrative provisions for imposing penalties on defaulters were underscored at the meeting for immediate compliance by the states.

Another worrisome aspect pointed out at the meeting was that tier two and tier three cities along with peri-urban areas, have recorded the recent rises in COVID cases and that the spread of infection from these areas to the rural areas with weak health infrastructure would overwhelm the local administration.

Taking note of the present situation due to deterioration of the COVID scenario over the fortnight, the cabinet secretary pointed out that the case growth rate of 6.8 percent in March 2021 has surpassed the previous record of 5.5 percent in June last year.

The country also reported a 5.5 percent growth rate in daily COVID deaths in this period, the health ministry said.

While 97,000 daily new COVID cases were reported at the peak of the pandemic in September 2020, the country has now reached the critical figure of 81,000 daily new cases, it said.

After a detailed and comprehensive review of the measures taken by the states and UTs, Gauba reiterated the necessity of meticulous and hard work regarding stringent enforcement of containment and surveillance measures in conjunction with ramping up of vaccination and strict enforcement of COVID-appropriate behaviour.

“The Union home secretary pointed out that the 11 states and UTs that are showing a surge in daily COVID cases have not shown a commensurate increase in enforcement of containment activities. He urged the chief secretaries and DGs (Police) of the states, UTs for taking appropriate strict action in this regard,” the ministry said in its statement.

It was pointed out the situation was particularly worrying in Maharashtra. The state has been advised to take up immediate and highly effective measures to ensure containment of active cases and daily deaths through adherence to the standard clinical management protocol, it said.

NITI Aayog member (Health) VK Paul emphasised on the need for states to follow a protocol to share clinical and epidemiological data for a more detailed study of a mutant strain of the virus for genome sequencing.

The states were asked to increase testing to ensure that positivity comes down to 5 percent or less, focus on ensuring RT-PCR tests comprise 70 percent of total tests, reduce waiting time of results, use rapid antigen tests (RAT) as a screening test in densely populated areas and where fresh clusters are emerging and ensure that all symptomatic RAT negatives are mandatorily subjected to RT-PCR tests.

They were also asked to ensure effective and prompt isolation of those infected in institutional facilities and those patients isolated at home are to be monitored daily.

The states were asked to ensure that 25 to 30 close contacts of each infected person are traced and isolated within 72 hours, increase the number of isolation beds and oxygen, plan for adequate oxygen supply, strengthen ambulance service and reduce response time and refusal rate.

The review meeting was also attended by senior health professionals of all states and UTs along with the Member (Health) NITI Aayog, Union Home Secretary, Health Secretary, Information and Broadcasting Secretary, DG of ICMR, and the director of NCDC.